If you’ve already started looking at different online website building platforms, you’ll have already heard of WordPress and how it is totally customizable and has all the bells and whistles you could ask for…

But what if you wanted to create an online store? Is it up to the task? And how does it compare to dedicated shop builders like Shopify?

This article is here to answer that. 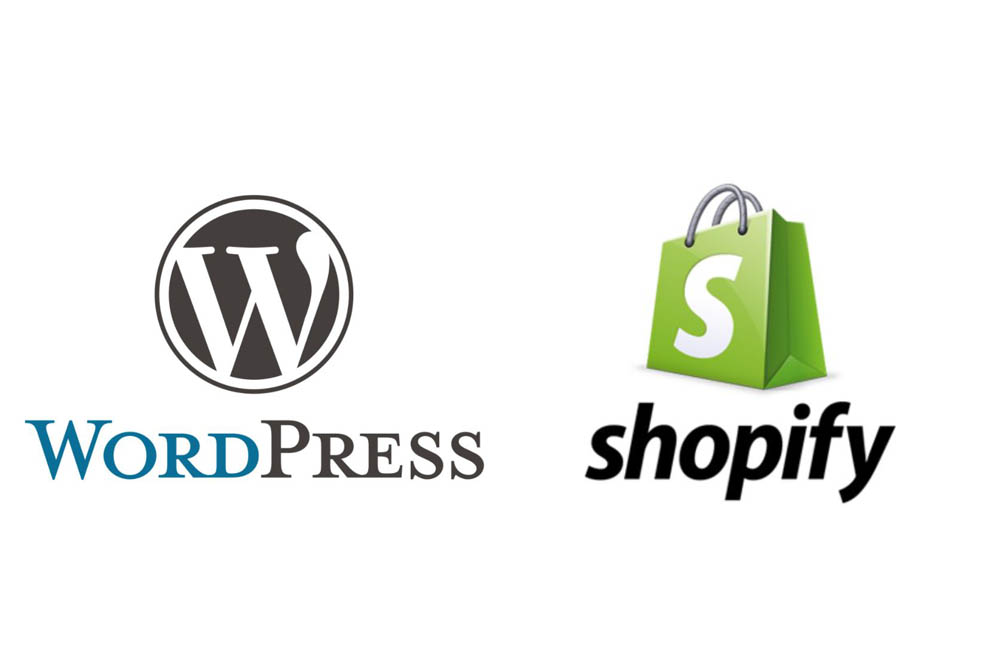 We’re going to cover the main pros and cons of each platform, examine how easy they are to use, go into the templates and themes, zoom in on their various ecommerce features, see how they compare for SEO (search engine optimization), look at their respective customer help and support, and cover the various payment plans available.

At the end of the article, we wrap up with a brief conclusion, outlining when it’s better to use Shopify or WordPress. (Please feel free to scroll ahead if you wish.)

WordPress has been around longer than Shopify has, but was originally designed as a blogging platform, whereas, in contrast, Shopify has been 100% centered around ecommerce.

But since the advent of Shopify as an ecommerce platform, WordPress has had the opportunity to grow its product offering so that it’s better able to attend to the needs of online stores.

Which leads us onto our next section.

How You Can Use WordPress for Ecommerce

The most common way to convert a WordPress website into an ecommerce store is to use a special plug-in called WooCommerce. And this is the benchmark that we’re going to compare Shopify against.

In order to use WooCommerce, you will need to have WordPress.org rather than WordPress.com.

And what this means is that you will need to download WordPress software and pay separately for your chosen domain name and for your website hosting.

Shopify then, is a dedicated ecommerce platform designed to help you build and run an online store.

Whereas WordPress is more of a content management system software. But the use of WooCommerce within it effectively turns it into an ecommerce store.

Shopify vs WordPress: Ease of Use

Shopify is far easier to use than WordPress. Using Shopify doesn’t require knowledge of a single word of code, whereas having at least a basic knowledge is strongly recommended for WordPress.

Both platforms allow you to build or make changes to your site/s by way of a dashboard.

And again where Shopify really stands out against WordPress is how it will feature several prompts and tips to help you know what you need to do to get up and running.

The dashboard for WordPress however has a lot more menu options, and having so much to consider and think about on the dashboard can be a little overwhelming at times. It may take some time to get your head round it all.

And one thing that makes Shopify so quick and easy to get started with is how you can import all the products in your product catalog by way of a CSV file rather than having to upload all the product details individually.

Shopify vs WordPress: Templates and Themes

For those of you who don’t already know, website builder themes are basically templates you can use to establish the layout of your website.

They control where the menus are, where the images go, how many columns the site has, the color scheme of the site, and even the font used.

Shopify has over 70 different such themes to choose from. 10 of which are free to use, while the remaining 60 plus start from about $140.

And we would argue that 70 themes is plenty to choose from, and you might strike it lucky and be happy with one of the ten free ones.

But it’s a very different story for WordPress - it has well over a staggering thousand themes for ecommerce sites alone.

And that might sound like a good thing....until it’s time to decide which theme to use. Again, this makes WordPress a little overwhelming, compared to it’s more streamlined counterpart, Shopify.

As we’ve already mentioned, Shopify was designed with ecommerce in mind, and as such comes pre-loaded with tools to help you sell and market your products.

Perhaps Shopify’s best ecommerce feature is their multichannel integration. It allows you to sell your products through major social media channels like Facebook and Instagram, and through global marketplaces such as Amazon.

It can also send emails to customers to remind them about what’s in their shopping cart after they’ve abandoned it before going through to check out.

And Shopify also enables you to create discount codes which can really encourage customers to buy.

With WordPress, any ecommerce feature you want to include will require some sort of plug-in. But that said, the plug-in known as WooCommerce has some really great features…

You can include product reviews and customer ratings, you can allow customers to filter their results when searching for or browsing for products, and perhaps not so surprisingly, you can have a built-in blog.

There are also other WordPress plug-ins that can allow guest checkouts, and allow customers to save their favorite products to a wish list.

Shopify pricing plans are quite straightforward. They are as follows:

But then you also have to add on any transaction fees (as we covered earlier).

WordPress costs on the other hand are considerably more complex. While the software itself is free to download to use, you can expect to pay:

WordPress Vs Shopify: Our Final Verdict

As we have shown, both of these platforms have their fair share of merits and downsides. And truth be told, you’d be in good hands with either of them.

If you are particularly concerned about your online store looking perfect and set out to your exact specifications, then WordPress would be the best platform for you.

If, however, you’re looking for something a little more simple and straightforward, then Shopify is hands-down your best bet. It’s quicker and easier, and not so overwhelming.